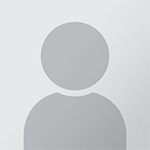 Barry Thomas was born into a farming family in the north of Rhodesia (now Zimbabwe) in 1974. The third of four children to Ron and Jos Thomas. Educated at Highlands Junior School and then St George's College in Harare. Barry then went on to complete a trade as a motor mechanic and followed this up with his pilot's licence with the intention of making flying his career. An opportunity arose to take over the day to day managing duties on the family farm and so began instead a brief six year career in farming. The family farm was confiscated by Zimbabwe's land reform programme and so at the age of 28, Barry started again, this time, his old hobby and passion - art! Originally mentored by the great wildlife painter Craig Bone, Barry has gone on to paint professionally for over 12 years now, selling mostly in Zimbabwe, London and South Africa. A committed born again Christian, Barry is married to Stephanie and they have two boys Reegan, 5 and Matthew, 3. Primarily a landscape and wildlife artist in oils, Barry lives in Harare where he works from his studio, making frequent visits to places like the famous Mana Pools and Hwange Game reserves. Gonarezhou National Park is another favourite as is the Great Kruger Park. After years of experience in the bush with numerous close brushes with dangerous game, he has learnt how to use his weather beaten favourite Canon to it's best potential. Armed with a lot of photographic reference material, fresh memories, mental notes and sketches, he returns to the studio where the actual painting is done. Originally a stickler for detail in his paintings, he has now realised that colour and atmosphere are more important. "Detail is great, but more important is the overall pleasing effect of the picture, if you can capture the essence of a place, all the better." He also says ''people like to be reminded of the places that they love, and a photograph is often limited. A good painting however can really bring out the romance by creating exaggerated atmosphere and doing away with too much nefarious detail that can irritate the eye.'' Now in his forties Barry looks forward to reaching his prime as an artist and proving to his old mentor that his time teaching him was well spent. 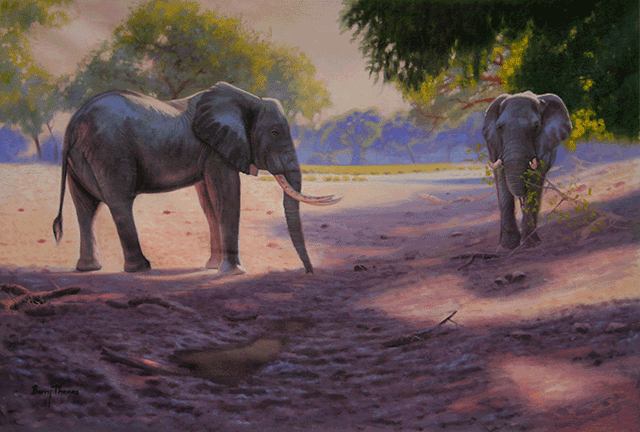 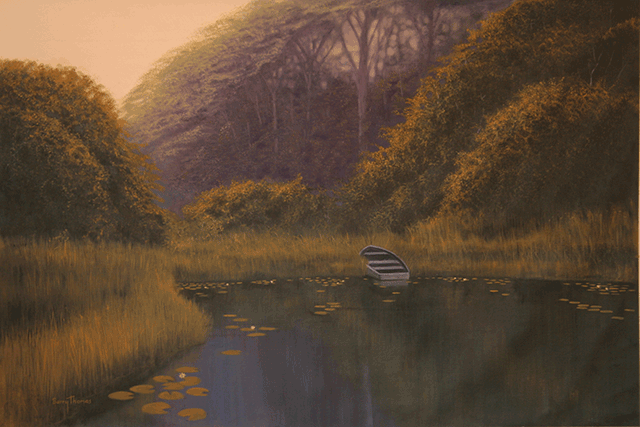 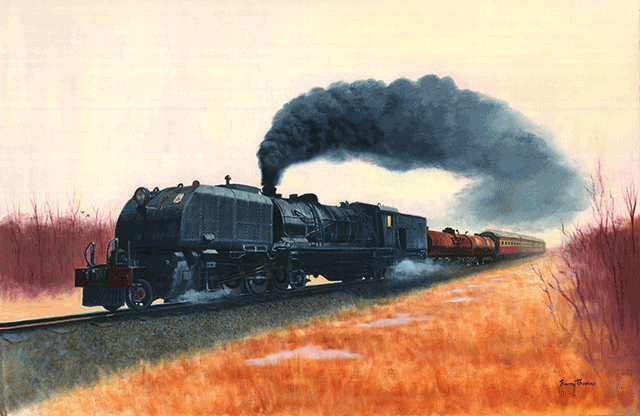 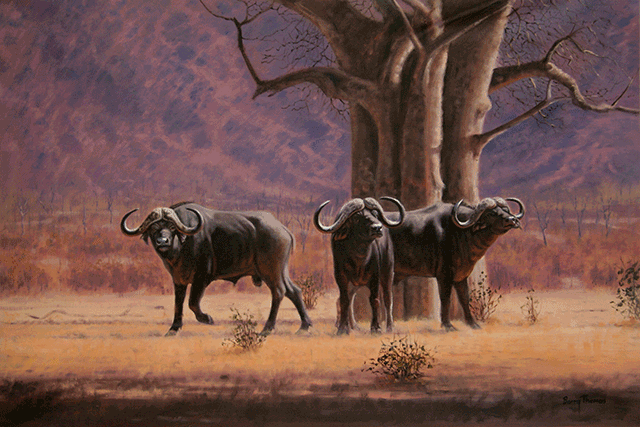 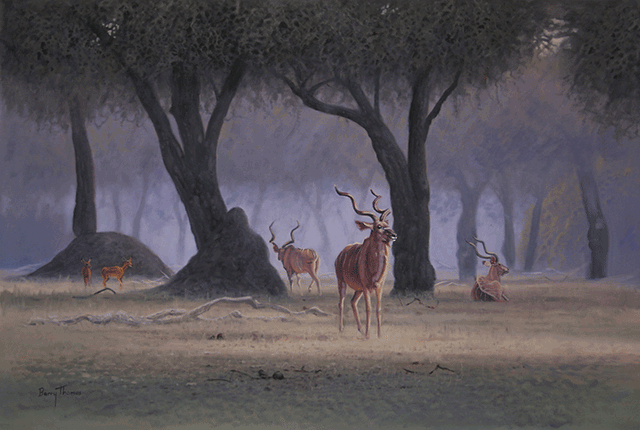 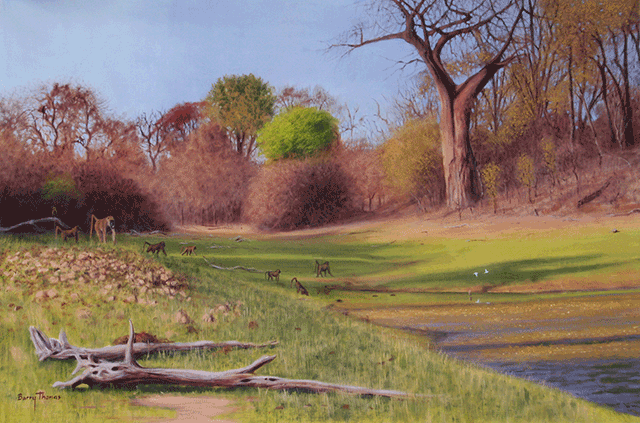 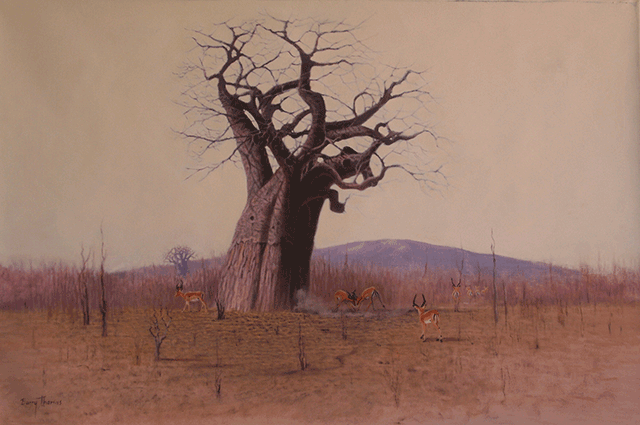 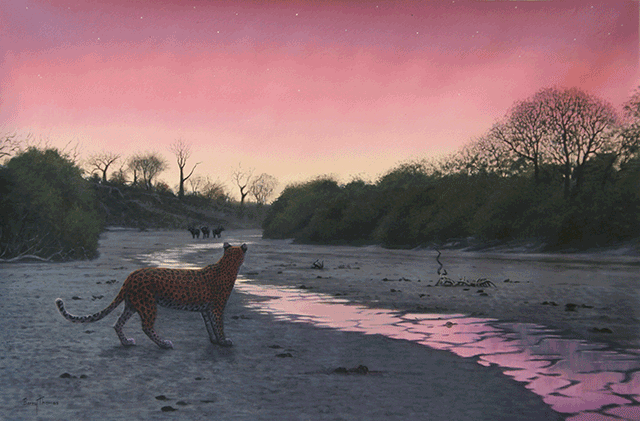 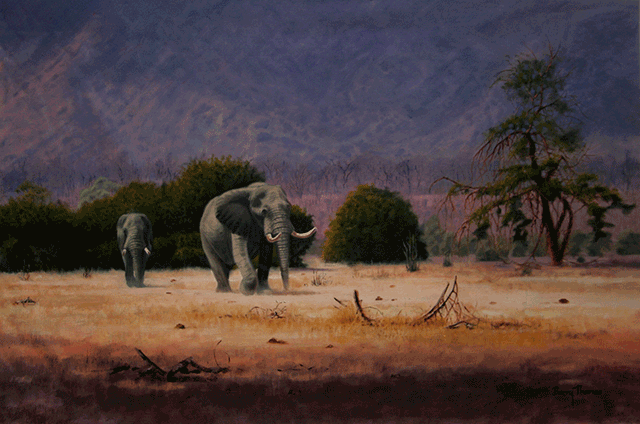 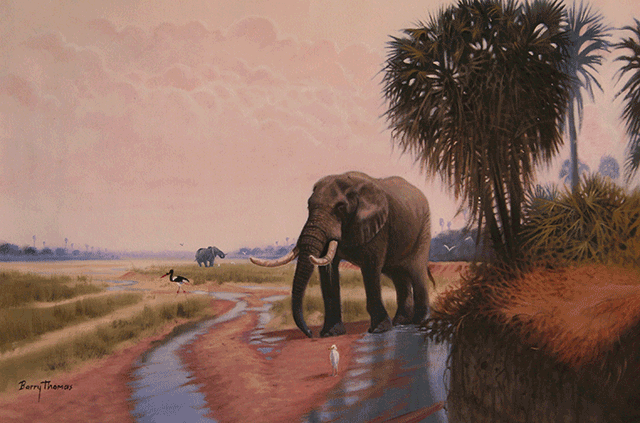 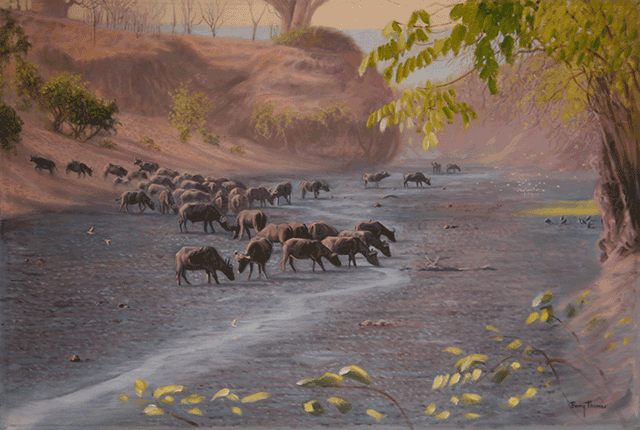